5 Greek Castle Towns That Have Stood the Test of Time 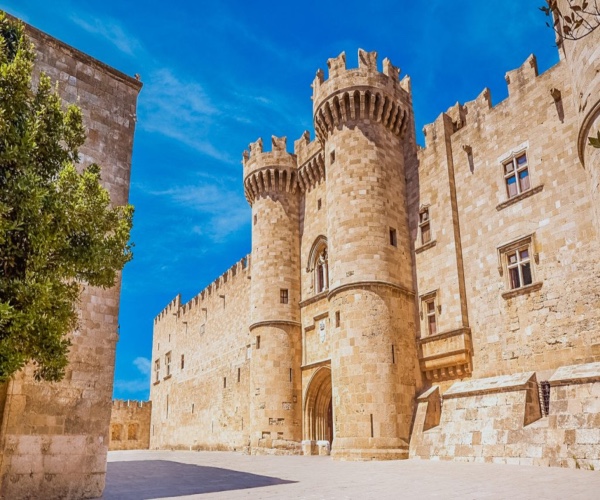 Greece is home to hundreds of well-known monuments and archaeological sites, most of which can be found in travel guides. However, this article aims to provide a more in depth look into Greece’s lesser-known landmarks, its castle-towns, which are rarely mentioned in the conventional tour guides. The towns that will be uncovered further down, made it through all the wars and natural disasters Greece endured over the centuries. Today, they are more or less well-preserved towns ideal for anyone who wants to experience a different and unique sight.

The Palace of the Grand Master of the Knights, Rhodes

There are countless eye-catching gems within the old town of the island of Rhodes. The most prominent one is the Palace of the Grand Master of the Knights. This fortress was built in the 14thcentury by the Knights of St. John and has survived all the invasions Rhodes has had to endure by many civilizations and empires. The castle was built for the local governor and was initially meant to be his residence, however, the Turks used it as a fortress. This impressive fortress made its way on the UNESCO World Heritage Site List and is a highlight for whoever has the luck to visit this magnificent island.

Fortezza of Rethymno is a star-shaped fortress, built around 1570 by the Venetians to protect the city and port of Rethymno against the Turks. In 1646, the Ottomans invaded and occupied Rethymno and turned the Catholic church of Saint Nicolo, situated within the fortress, into a mosque for a many years. However, in the 20thcentury, the circumstances started to change as the town itself began to expand. The residents needed to relocate outside of the fortress walls. The three gates and the six ramparts that the castle features, are still evident today and Rethymno turned out to be one of the most quaint and authentic towns on the island of Crete. 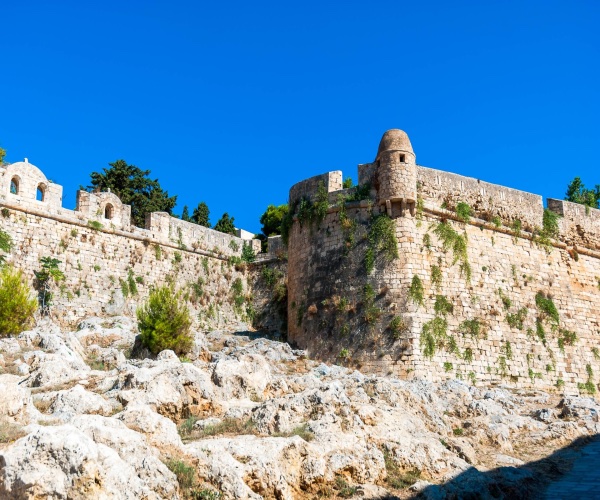 The Castle of Lepanto is located in the charming seaside town of Nafpaktos, in Central Greece, 2 and half hours far from Athens. Offering one of the most stellar examples of Greek fortress architecture, this castle also offers spectacular views of the Corinthian Gulf along with another architectural gem, a bridge connecting the towns of Rio and Antirio. Lepanto Castle is possibly one of the best-preserved castles in the entire country. It was built on the hill overlooking the entire city and throughout history it has been invaded by several nations including the Ottoman Empire, the Venetians and the English. The most famous battle that was fought in Nafpaktos, was the battle of Lepanto where the Spanish, Venetians and Habsburgs joined forces to overthrow the Ottoman Empire in 1571. The statue of the Spanish literary master, Miguel Cervantes, is found in Nafpaktos as he also fought in the Battle of Lepanto. 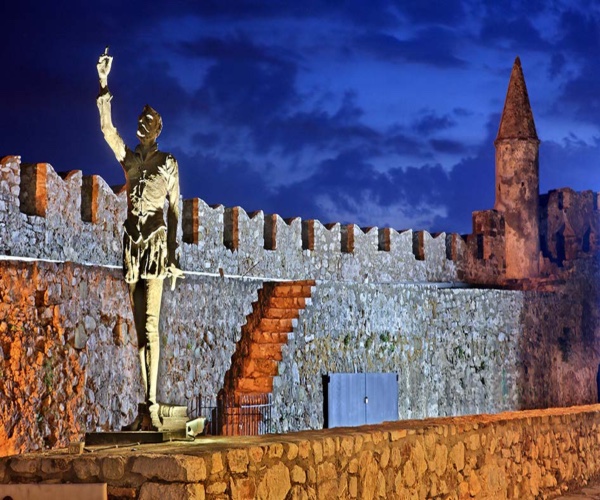 Another island of the Dodecanese offers a beautiful touch to the already picture-perfect island as its dark stonewalls contrast with the white washed houses surrounding it. In 1413, the Venetian official Giovanni Querini built the castle on a hill to protect the city and the population of the island from the enemies. Within the castle walls, there are two churches, Agios Georgios, the oldest of the two built around 1790 and the second one is dedicated to the Annunciation to the Virgin Mary built in 1853. The building materials used to construct the second church are from the homes of the Venetian official Querini. The castle has been renovated and maintained even after a disastrous earthquake in 1953 and remains one of the most impressive landmarks on the island. 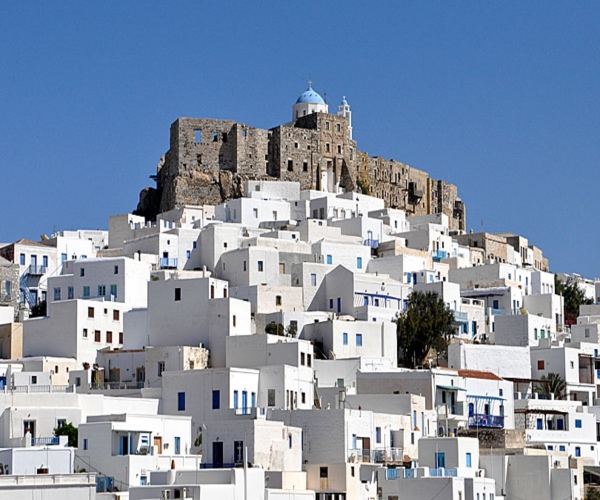 Mystras Castle, a UNESCO-listed monument, is situated on the slopes of Mount Taygetos in the Peloponnese. Geoffroi de Villehardouin built the castle of this fortified town near Sparta in 1249. The Frankish noble, who briefly gained rule of the Peloponnese, greatly influenced the design of the castle. Both Frankish and Greek cultures are evident in the unique art portrayed on the walls. Nowadays, one can discover Byzantines churches and the remains of the castle, as the city hasn’t had any residents since the 1920’s but it’s overflowing with tourists, as the region is just marvelous and full of history. 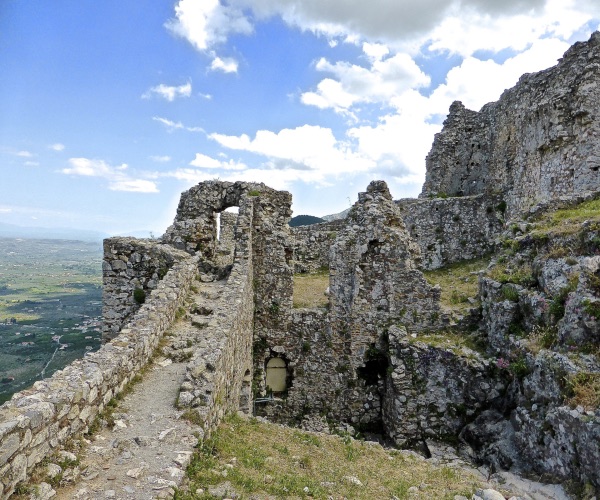