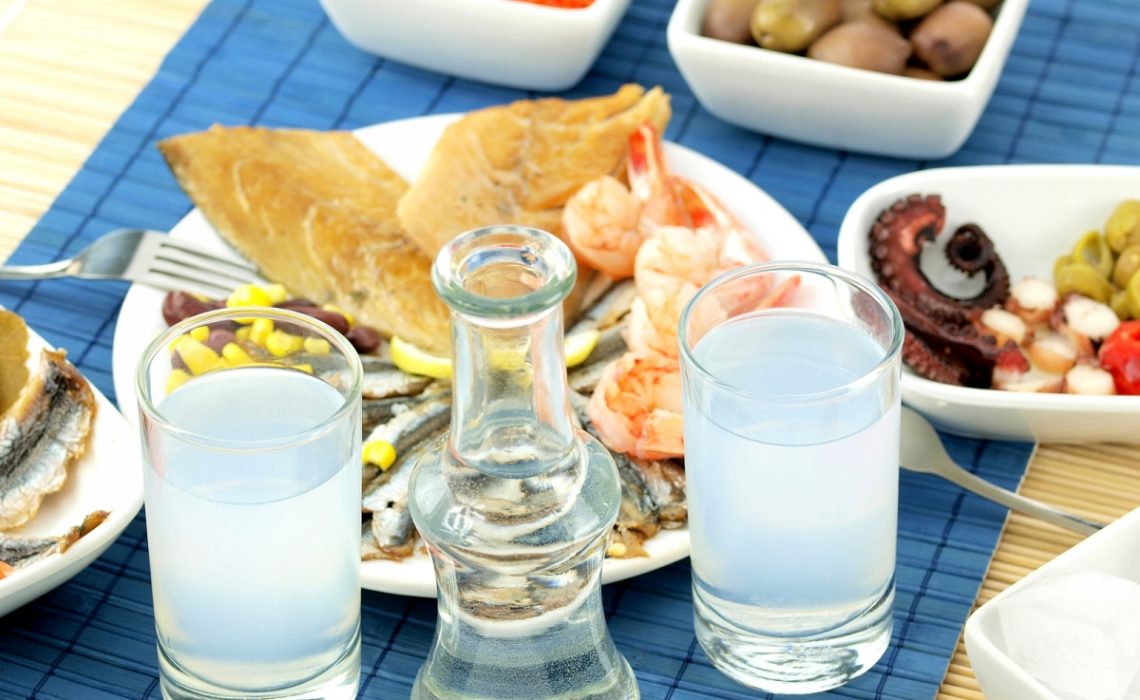 When envisioning a holiday trip to anywhere in the world, people first tend to think about what to pack, the essentials that are necessary for that specific trip depending on the location and season. Once all that is figured out, people then tend to visualize how they will be passing their time, which towns and cities they will visit, what famous landmarks they will take a selfie in front of, how much fun they will be having with their loved ones. However, no matter the age group, the destination, the budget and even the interests, each and every person will think about what they will eat and consequently what they will drink. Gastronomy is the sole aspect of any trip made by any person that will occupy the minds of the travelers.

Greece, having a world-wide known cuisine, it is quite easy to find various articles on what Greeks like to eat and what sort of specialties can be served depending on the regions. Despite the great importance of food, in this article we’re here to give you an insider’s look on what Greeks like to drink. If you truly want an authentic Greek table ordering tzatziki and stuffed vegetables won’t cut it. What traditional alcoholic beverages do Greeks accompany their food with?

When it comes to alcohol, Greeks are mostly purists, meanings they don’t care for mixing up beverages and the drinks they do care for have been around for thousands of years. When you sip on a Greek alcoholic beverage, know that you’re drinking history in a glass!

Starting off with perhaps the most famous alcoholic drink in the world, enjoyed by many different cultures and produced in a vast number of nations. Wine has been around Greece since the ancient times and was, according to Greek mythology, brought to humans by the God Dionysus who learned all about the wine making process up on the mountains where he lived. He supposedly taught the King of Athens, Icarus the art of making wine and ever since it is considered the most ancient Greek alcoholic beverage. Greece’s wine grapes are extremely unique and possibly cannot be found in any other country. The white grapes are the most unique ones that produce the Assyrtiko and Vidiano wines. For red wine lovers, the Kotsifali and Mandilaria need to be tasted. Greeks drink wine during lunch, dinner and nowadays a wonderful night out would be to visit a wine bar in Athens and taste a number of the best Greek wines paired with delicious food. 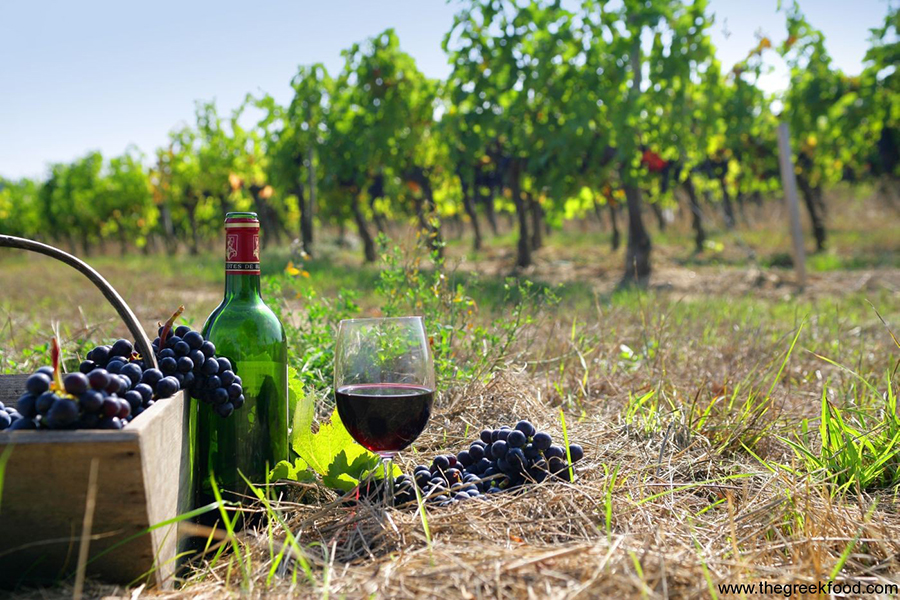 Although wine has been around Greece for thousands of years, when foreigners think of Greek alcoholic beverages, they think of ouzo. A classic stereotype of how someone may think of Greeks, is of them being out dancing and drinking shots of ouzo yelling “yamas” (cheers) and “opa!”. True or false, one thing is for certain, ouzo is an authentic Greek liquor that is 100% Greek and cannot be found in any other country in the world. Ouzo is made with grapes distilled in copper stills, then the anise is added as well as other spices such as cloves, cinnamon or fennel. Ouzo tastes like black licorice and is quite strong. A very common way of drinking ouzo is with ice that turns the clear drink into a cloudy white one. Finally, if you want the genuine ouzo experience, visit an “ouzeri” where you will find a number of shared small dishes for the center of the table (fish plates during the summer is a must) while sipping on this liquor, will be a gratifying experience.

Tsipouro is yet another authentic liquor produced only in Greece and it is a distilled spirit made by using the leftover must from pressing wine. Quite similar to Italian grappa, tsipouro has a very strong and harsh flavor, however, some can be smoother than others. Served in a small shot glass, tsipouro is mainly enjoyed as an after-dinner aperitif. 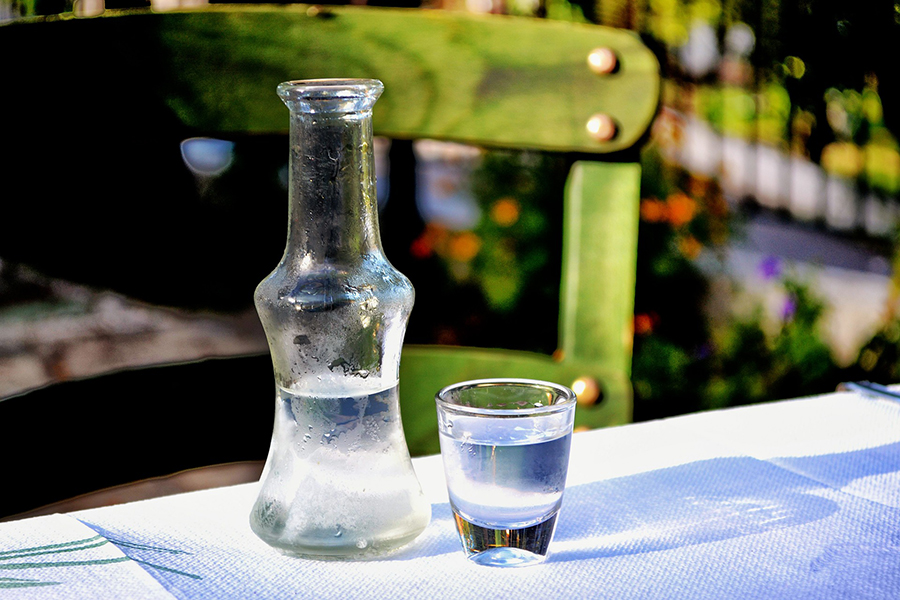 Raki is, also known as tsikoudia, is almost identical to tsipouro, with the only exception that it is singular to the island of Crete. Raki may have a stronger aroma than tsipouro, however it does leave you with a smoother taste making it the better option out of the two. Cretans will offer you raki any time during the day and as they are very proud of this spirit, it will be considered as rude not to at least have a taste, even on an empty stomach. 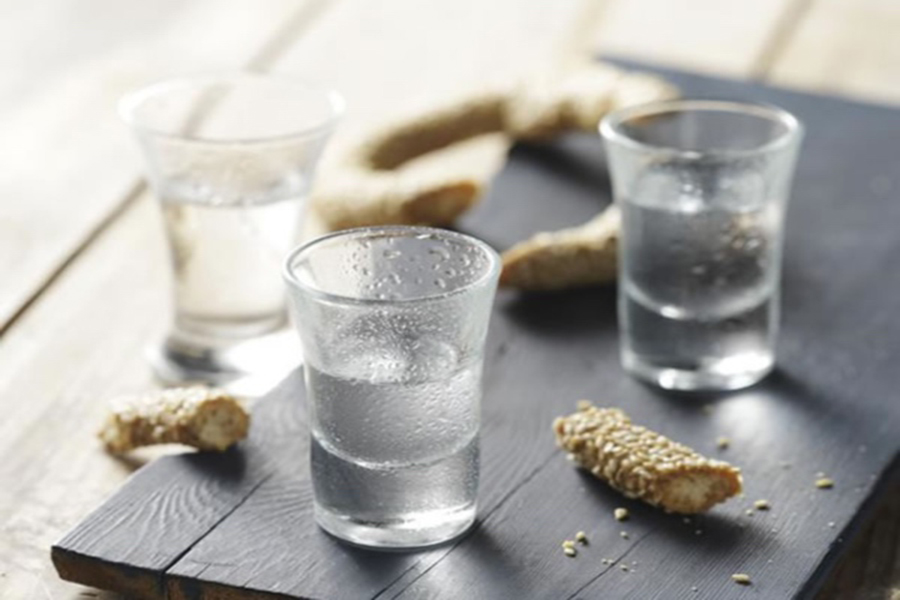 The final spirit that is yet again unique to only Greece, is Retsina that is fundamentally a wine product (white or rosé) with a supplementary flavor of pine resin. This strange mix and combination of flavors constitute this beverage as the odd one out as the however, Greeks have been drinking this traditional spirit for thousands of years. It all started by mistake (as many great inventions) when the Greek winemakers did not have airtight containers and covered their wine jugs with a pine pitch that basically did not allow oxygen to enter, giving the wine this signature flavor. 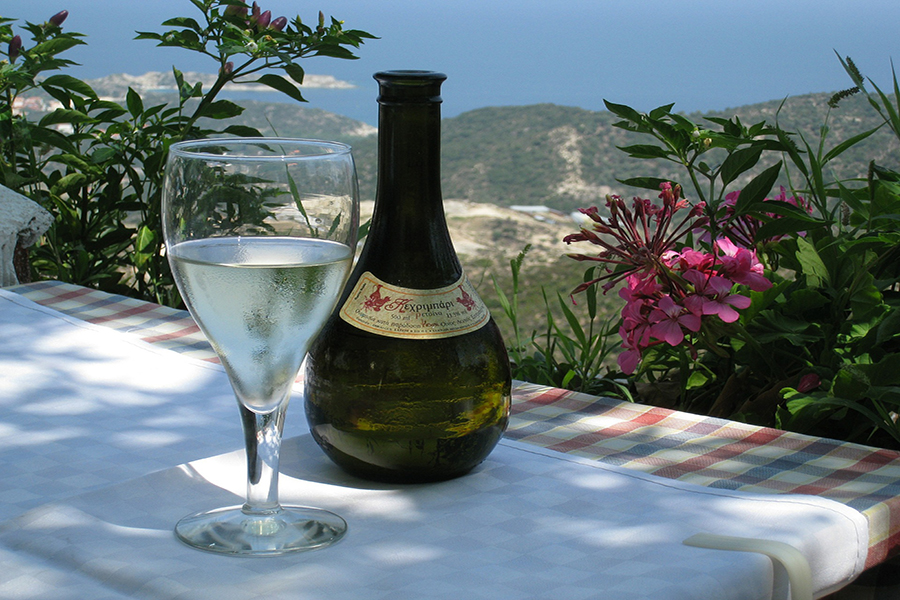 Eat, Insights
Food and Wine Tastings not to be Missed in Greece
Eat
A bite into Greek Winter Desserts for Your Sweet Tooth
Eat, Picks
The Top 5 Destinations for Wine Lovers in Greece
Close